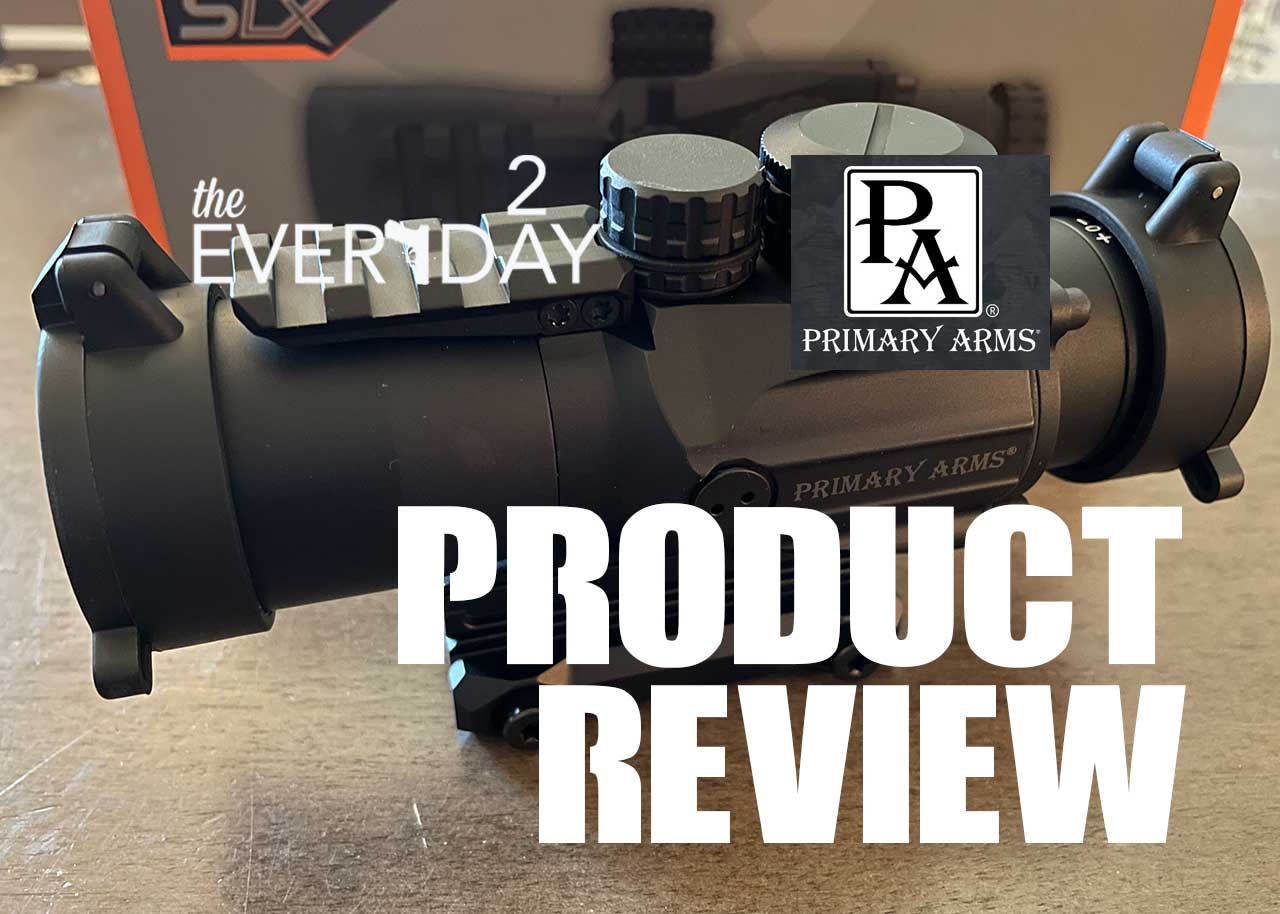 If you’ve ever shopped around for a optic for your rifle, you’re probably been overwhelmed. I know that I was. A wide range of types, accompanied by an equally wide range of prices, make it very difficult to find the right product. That’s why I was excited to see that a respectable company like Primary Arms offered a growing lineup private-label sights. For my Everyday AR-15, I took a look at their SLx Gen II 3X Prism Scope with the ACSS 5.56 CQB M2 reticle.

The first thing that jumped out at me, being the Everyday 2A person that I am, was the cost. This puppy comes in just under $300, which for a good LED ACOG, is a really great value. As soon as I took it out of the box, there was a real initial feel of quality. It just feels substantial, like it’s not going to just break on you. Which is exactly what you want from something mounted on top of a weapon that might get banged around a bit.

It’s not just the feel of it though, this thing is really crafted with endurance in mind. Primary Arms even goes as far to call it “nearly indestructible.” They boast that the mounts for the Gen III can withstand double the 30-inch pounds of force that other prism mounts fail at.

Not that it’s all about looks either, (though who doesn’t want a sexy looking rig?), but the SLx Gen III 3X Prism Scope is one fine looking accessory. It’s sleek, with quality knobs, covers, and a seamless mounting platform. 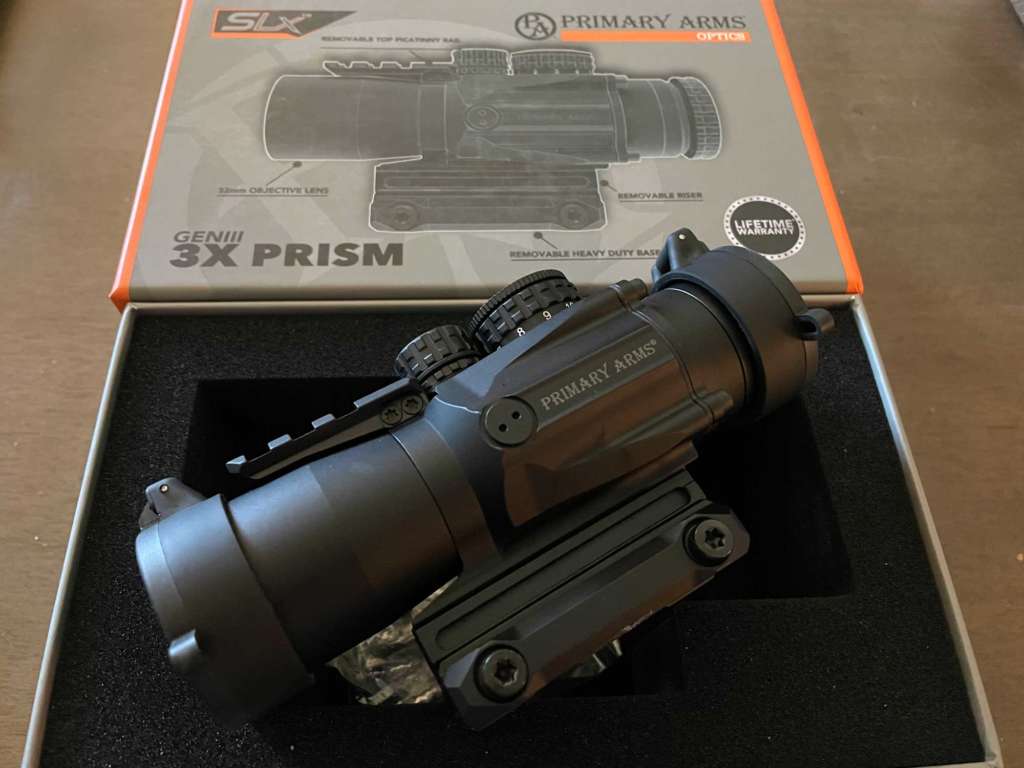 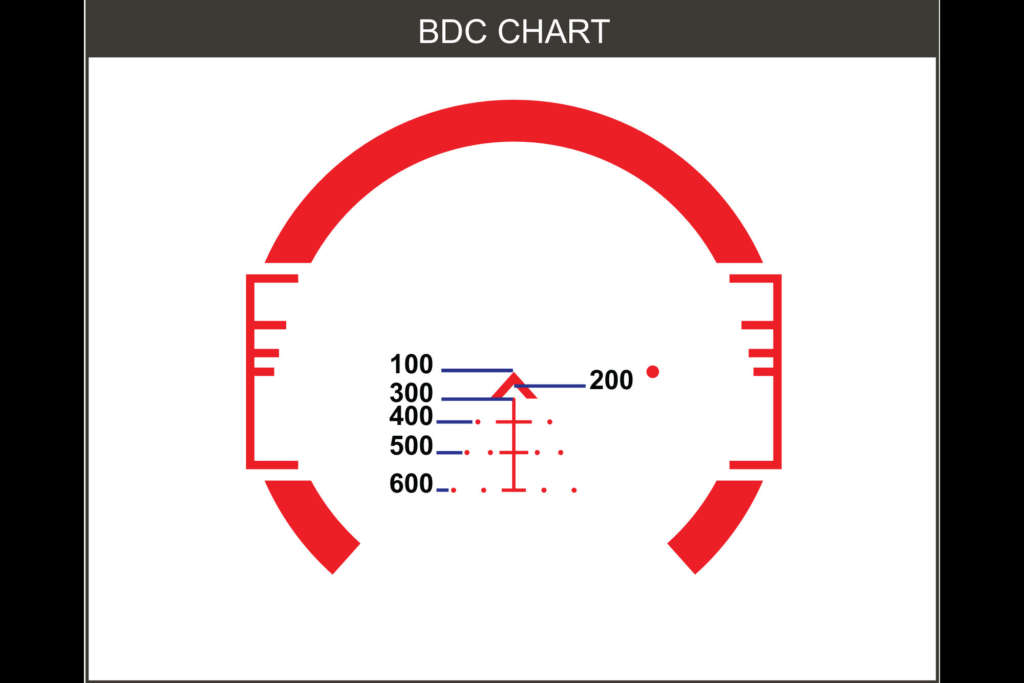 If you haven’t given an LED reticle a shot before, I think you’ll be as impressed as I was. I’ve found traditional red or green dot sights in the past to be great, as long as it’s visible against the target and your battery is strong. Too often I’ve seen folks on range day spend more time changing out batteries than loading mags. When the dot goes down, a lot of optics become furniture.

With the LED reticle, it illuminates the sight’s reticle so you get much more visual guidance than a single dot. If the LED goes out, you still have the same reticle, so it’s not crippling. For what it’s worth, Primary Arms also claims a 3,000 hour battery life (on medium brightness), though I’ll have to put in some serious range time to test that out. If it’s close though, that shouldn’t burn batteries as often as some of the “cheaper” optics I’ve experienced before.

It also takes a CR2032 battery, which I always have on hand, just a simple convenience factor for me. 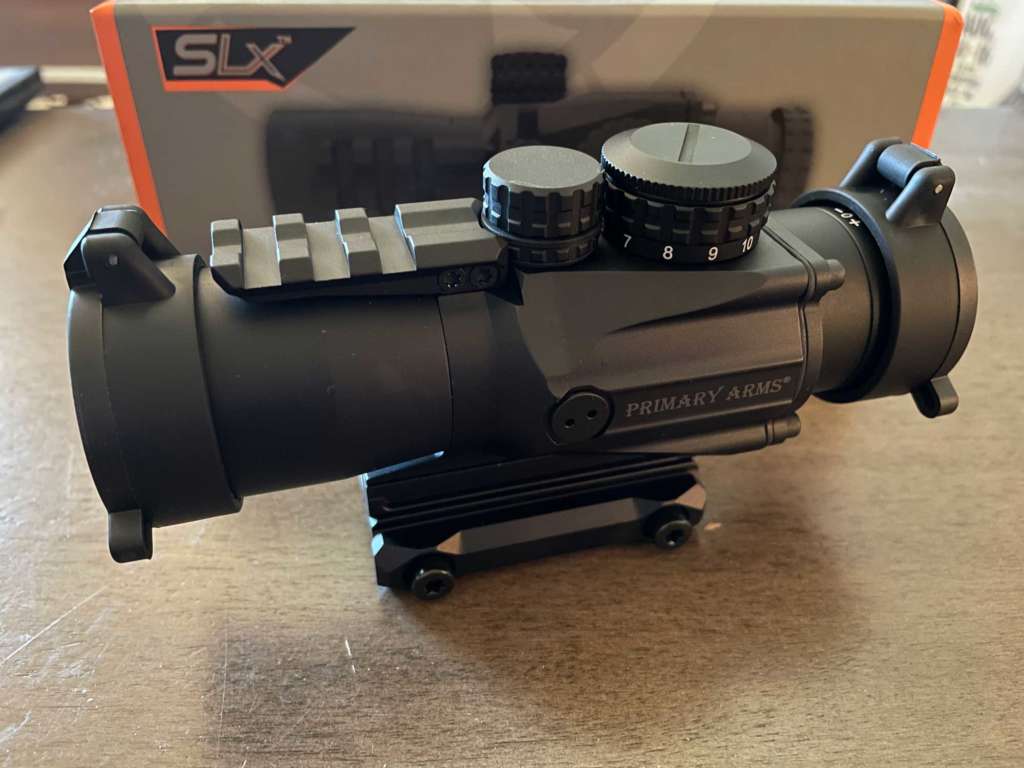 I think this optic this appeals to the core of who I am as an Everyday gun owner. It’s relatively inexpensive yet screams quality and simplicity. It won’t break the bank but doesn’t feel at all like a cheap addition to my rifle.

It’s also really simple to install and zero. It comes with a standard low mount and riser with a removable spacer. A couple of bolts of you’re in business.

The dials have a good texture and quality to them which turn on the LED and also give you access to the adjustment screws. Nothing about this Gen III feels cheap at all.

Drawing your rifle to eye-level reveals the LED reticle while the 32mm lens hits the perfect view for medium-range use. As someone primarily focused on home defense and moderate range distances, it’s the perfect magnification. If you’re going over 50 yards or so, you’re going to want something built for distance, but for what my rifle is built for, this is a great sight.

There aren’t many, but I prefer to point out everything that someone might have an issue with. It’s my job.

One thing I wasn’t a huge fan of is the dial that turns on the LED reticle. You can rotate it from 0 to either 1 or 11, accounting for the brightness (11 being brightest). There is not a clear “off” though, so I had to double check after each use to make sure it’s off. It also doesn’t turn super easily, which is good that it won’t just turn when you don’t want it to, but in a midnight situation, you also don’t want to fumble with getting your sight lit up.

There is also the top Pic Rail. Even if you have a good use for it (which you probably don’t), I hate to see accessories stacked on accessories. Mine will be removed. 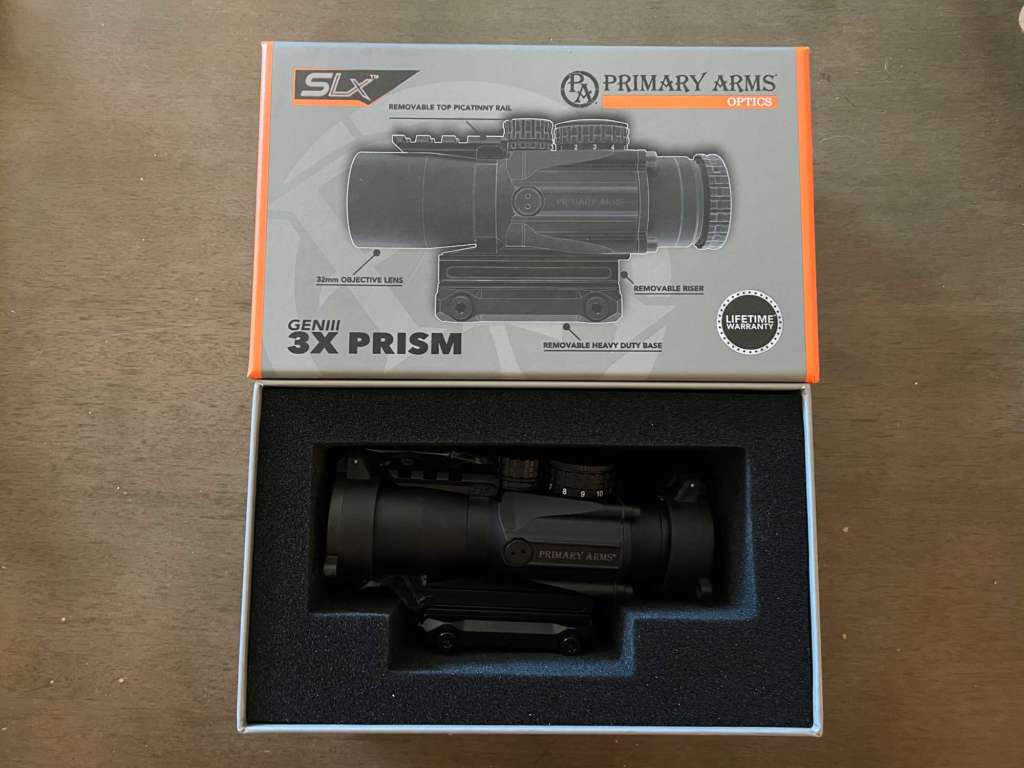 If you were like me and unsure of what quality optic to add to your rig, I can safely say the Primary Arms SLx 3x32mm Gen III Prism Scope – ACSS-5.56-CQB-M2 Reticle is a great choice. For under $300, it’s a tremendous first step up from your basic iron sights. I couldn’t justify jumping up to something triple the price (or more) and am extremely happy with this bad boy.

Let us know your experience with this ACOG or any of the Primary Arms line in the comments!

We The People Holsters for Springfield Review

We The People Holsters for Glock Review